Available exclusively from African Pegmatite, K37 and K37B powdered ceramic pigments provide a wide and intense range of brown and black colourations for a wide variety of brick, decorative and ceramic applications that are built to last.

The Solution for Your Next Modern Build

When you think of brick buildings you probably think of the red or sand-coloured brick homes you pass every day, but in reality, there are a huge number of colours to choose from which can make or break your design. One of the most visually impressive contemporary brick colours to use in new builds is black bricks – these offer a bold effect that enables you to work with other textures and materials to bring your build to life. This colour brick is growing in popularity across Europe and America due to its bold colour and simple elegance, offering a simple path to architectural significance. Shades from brown through to jet and rich black are easily attainable using K37 ceramic pigments.

How are Black Bricks Made?

These bricks are made from red firing clay, in an otherwise identical fashion to standard bricks, but with the addition of an optimal K37 black clay oxide which effectively “dyes” the brick. This brick pigment is also known as black ceramic oxide, black clay oxide, or simply K37. K37 is graded as a ‘ferric manganese umber’ stain, composed mainly of iron oxide, a non-toxic, stable and long lasting material. Its low moisture content makes it well suited as a fired ceramic and brick colourant. The same pigment can be used in ceramics for tiles, pots and more. With a bulk density as low as 0.83 g cm-3, K37 will not add significant weight to the finished product.

K37 ceramic pigment is a finely milled powder, with in excess of 98% of the material being ground down to below 45 um (325 mesh). When added to a clay mixture, K37 powder becomes fully dispersed within the bulk providing complete uniformity of pigment, resulting in a noticeably smooth and consistent colour application through the finished product.

The pigment is typically added in quantities of between 6 and 12% by weight, with the higher loadings responsible for richer black pigmentation, and lower quantities giving rise to brown colourations. The amount of pigment used is carefully calculated with the clay’s iron content in mind, so as not to use unnecessarily high levels of pigment. Standard K37 is suitable for use in clay bricks at the standard firing temperature of 1,130 °C, including and especially for red clays. K37B is another form of K37 pigment that is optimised for use at lower firing temperatures in the region of 1,080 °C - this is particularly useful for regions with less stable or poorer quality clays. Mechanical/strength properties of K37-pigmented bricks are practically identical to non-pigmented clay bricks.

How Black are these Bricks?

Bricks made with high quantities of K37 are best described as a deep charcoal colour – they aren’t so dark they look as though they have been painted, but they are a dark grey-blue-black shade up close, though the extent of this depends on the amount of pigment used in manufacture and the specifications of the raw material clay itself. Shades from dark browns through to deep black are all possible. When used collectively in a build, they have a black effect without being overwhelming, and owing to the manufacturing process completely dispersing the pigment through the clay before firing, bleaching and/or fading due to long-term solar exposure is eliminated.

How is this Colour Brick Best Utilized?

There are an almost unlimited number of ways you can use K37’s unique colour profile to enhance the look of your design. While skilled architects will think of striking new ways to use K37 bricks, some suggestions for their use are:

Click the links below to see some examples of the ways our past clients have used K37 bricks in their builds:
Boundary Park warehouse and office block in Johannesburg

Where are these Best Used?

Black brick oxide can be used in builds anywhere in the world, especially considering K37 and K37B’s firing temperature tolerance meaning that it is suitable for use with a variety of local, sometimes poor, clays. These bricks can make a bold statement whether used with the backdrop of the rolling green countryside, or in the city. The use of K37-pigmented bricks in any modern building project or renovation can instantly provide a contemporary flourish. A major benefit of using a dark brick in the city is that it won’t become discoloured or dirtied by city pollution, unlike lighter coloured materials. It is not uncommon to see relatively new builds that use lighter materials that start to look shabby quickly due to the chosen material’s poorer ability to withstand real-world use, thank K37, for example.

The use of black ceramic oxide in new builds and renovations offers architects a way to bring any build into the modern day. The use needs to be thought of as a key architectural feature of the build, incorporated into the planning stage before the design is finalised, so that other key features of the build can work to enhance the use of the brick. K37-pigmented bricks are bold, modern, and practical, and they demand the chance to take centre stage and not be an afterthought.

K37-pigmented ceramics and bricks are best used where, in addition to as a design feature, longevity and low levels of required maintenance are required. The surface of painted and/or glazed bricks and ceramics are not as long lasting as K37-pigmented products owing to the potential for the former to chip and crack under normal weathering conditions. Additionally, an unevenly applied glaze may look unsightly and will require further treatment to remedy or replace - at significant cost compared to using pigmented clay bricks or ceramics in the first instance.

Far from just being used in brick form, colouration of roofing tiles and pavers are popular applications for K37 pigment, such uses benefit immensely from the long-term stability of the pigment, ensuring rich black or brown colouration throughout the building’s lifetime with a low maintenance requirement, both to the benefit of residents and construction firms.

Synthetic stone products can fade over time, but K37-pigmented ceramics will not. Furthermore, a similar visual effect to naturally black stone, such as basalt, can be achieved with K37 - with the same longevity, the same resilience but a significantly lower price point.

K37 and K37B are high quality and long lasting ceramic pigments in the brown and black segment suitable for a wide variety of decorative, building and aesthetically pleasing construction applications that are built to last. Providing unparalleled long-term stability and a depth of colour like no other, K37 and K37B are exclusively available from African Pegmatite. vamtam-theme-circle-post
 Category Clay & Ceramic
Brick is a term that refers to a small unit used as building material. These are often made with fired clay and are secured in places with mortar, which is a mixture of water, cement, and sand.
Read More 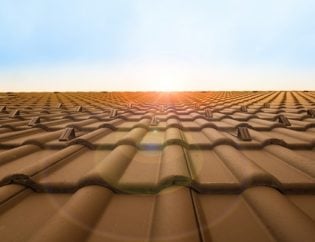 vamtam-theme-circle-post
 Category Clay & Ceramic
This article is going to highlight all the features and benefits of manganese dioxide. Including its chemical composition, cost, benefits, and why it’s an essential additive for the production of ceramic, tiles, pavers and bricks.
Read More

What is Chrome Flour and How is it used in Daily life?