What Are The Black Spots on Roses?

One of the most common diseases found on leaves is a fungal disease (Diplocarpon rosae). These are the black spots you would  find on the leaf, surrounded by a yellowish colour on the leaf.

When these spots grow larger, they cause a yellow coloured ring around them and gradually turning the entire leaf a yellow colour until the leaf falls off.

The fungus, Diplocarpon rosae, causes the black spots. If these spots are not treated, they could cause damage to the rest of your garden at a rapid rate.

The fungus produces spores on the upper leaf structure in the spot lesions and spreads them in water to initiate new infections. The fungus spends the winter on the surface of the leaves producing spores that cause infections on young stems and buds and the continuous production of the spores remains intact with the plant in order to infect it.

Approximately two weeks after spores invade a crop, the spots form. Biologists call these black spots “fruiting structures”. Spores are formed by fruiting structures that tend to invade other areas in the garden of the same crop, other plants or new canes.

What does black spot do to Roses?

The fungus causes the dark spotting on the leaves and stems of the roses. The leaves eventually turn yellow and fall off before winter. The disease does not directly kill the plant, but leaf loss which is taking place rapidly can weaken the plant over time, making it more vulnerable to other stresses and damages.

The fungus becomes active on the leaves during the winter and re-infects the plant in spring as new leaves emerge because this fungus invades the plants in moist and cool weather. Extreme summer heat in July and August,  will restrict disease development. Recurring attacks can weaken plants, particularly if they occur in the season. The fungus is genetically diverse and new strains are increasingly evoloving. Sadly, this means that the resistance produced in new varieties does not normally last because new strains of fungus tend to overpower it.

Infected plants produce spores, and the wind helps the spores to fall on the soil or on the other leaves. The spores need to be damp for several hours to grow into full black spots, which is why the disease is more common in areas with high humidity. Wind, mist, fog, and lawn sprinklers provide enough moisture for the spots to survive. Black spots, with a diameter of one-tenth to one-half inch, appear first on the top surface of the leaves. Areas adjacent to the spots turn yellow and the leaves fall prematurely, usually from the bottom of the plant and upwards. On immature first-year canes wood, raised purple-red blotches grow less commonly. Such spots may be blackened or blistered later on.

Since black spots defoliate roses, fewer leaves are needed to generate the energy for the plants. The plant becomes unable to reproduce new leaves rapidly enough to compensate for the shortfall. When new leaves emerge, they also infected and soon there is no way for the plant to supply its energy. While some plants may survive one year of this, they are weakened by two years and/or more years in a row to the point that they die, or a harsh winter destroys an already weak plant.

In reality, some tough garden roses can survive infection with a black spot. Roses are an old plant and date back millions of years. Fossilized samples show that for 35 million years they have been around. Individual plants and some rose species do have a natural resistance, but many hybrids specifically hybrid tea roses, are highly susceptible to black spot disease.

Black spot fungicide can be avoided more quickly than being treated. Some gardens with extreme infections may need extra care in their tracks to avoid the spots. The following steps can be taken for black spot control. A good healthy crop is less vulnerable to disease. A sunny place with well-drained soil and properly watering the plants/roses is recommended for the best growth results. Make sure that the water is sprinkled on the soil not on the leaves afterall this is the place where black spots reside, this will also assist with black spot control.

Leaves can be replaced that are tainted and do a thorough cleanup each autumn/fall. When you do your dormant pruning in late winter or early spring, remove and dispose of any residual leaves which may be infected with diplocarpon rosae fungicide. Spores will remain on leaves and stems and be able to re-infect if conditions allow the infection has already started to spread within 10 days for the first symptoms. Water and wind can disperse spores. Prune any canes that show signs of infection. In dry weather, prune 6 to 8 inches below the infected area. With a 10% bleach solution or alcohol between the cuts, keep in mind to also clean the pruners to avoid any further infection. Racking and washing the roses daily and throw away any rotten or fallen leaves. This is particularly important in the autumn and winter to eliminate spores that may wait for the spring warm-up to become active. After the cold weather clears up, add fresh mulch to keep any residual spores away from your roses.

Inspect your roses regularly, remove any spotted leaves on the plant as well as immediately throw the infected leaves away, this may be the best method to avoid black spots.

Avoid the leaves when watering your plants. You can’t do much about rain, but at least you can limit the time that the leaves stay wet. Provide good circulation of air between and through your roses. Do not place your roses too close to other plants. Prune to open the gaps between canes if the plant becomes too thick and the air is unable to move through.

Many cultivars have reistance to black spot but it is also a good thing to look for roses that are also resistant to rust or powdery mildew. This will save you a lot of effort in the long run if you have reistant strains.

If black spot is a recurrent problem in your garden, start a natural, non-toxic black spot fungicide prevention treatment right before your roses sprout in spring. For this purpose, Demildex may be used for black spot control. Start treatment every few days to keep the infection under control.

An ounce of prevention is really worth a pound or more cure with any of the fungal disease! Make it a priority to either have a daily spray system or to keep a close eye on your rose bushes. The earlier the treatment of black spot roses begins, the easier it becomes to gain control. What is Demildex Copper Oxychloride?

Not all fungicides of copper are the same. There are a lot of different brands of fungicides available on the market and tests have proven how they considerably differ in product quality, longevity, and consistency.

Demildex is a fungicide of copper oxychloride and a bactericide used to prevent plant infection. It  interferes with the spores and mycelium enzyme cycle, causing irreversible damage and forming a defensive chemical shield against fungal attack.

Demildex Coppper Oxychloride fungicide is made of only high-quality ingredients. Some of the specifications are:

How to get rid of black spots on roses?

Combine between 6-15ml of Demildex to +-4l of water or as directed as per instructions on product sheet.

Before the disease is noticeable or when it is first detected on the crop, start spraying for the best results. Thoroughly spray all parts of the plant and repeat every 7-10 days to prevent the disease or use as treatment for black spots on roses.

Once incorporated into the crop, copper never controls plant diseases. The plant has very strong and fast absorption of soluble liquid copper products and Demildex helps to gain that absorption to the plant. How it saves money by in the long run by preventing problems and saving crops?

The benefits of African Pegmatite's Demildex Copper Oxychloride are unimaginable while at the same time the costs are well worth it considering the long term problems it could cause So, while having the best production of rose plants it also saves money. How is it possible? Let’s explore!

A gardener who expects to get the best production of roses, but their garden fell prey to the fungus. Their entire hard work will be in vain. And still, if they try to use black spot fungicides to save their plants, they will lose their money since their crop have already been attacked by the fungus. Now it would require extra care and money to use fungicides. But if they had used Demildex as soon as they saw the roses were infected, they would never have suffered any loss.

Demildex is a low dust, ultra-fine, wettable fungicide containing as much as 50% copper, and is specifically produced for use in horticulture. vamtam-theme-circle-post
 Category Agricultural Blog, Other Blog
Hematite and magnetite are mostly known as sources of iron, but an array of use cases are found when they’re used in soils.
Read More vamtam-theme-circle-post
 Category Agricultural Blog
Leaf spot is a very common plant disease that even the most conscientious gardener is expected to see at least once in their vegetation.
Read More vamtam-theme-circle-post
 Category Agricultural Blog
For those who invest time and energy into citrus trees, it can be frustrating losing part of the harvest due to disease. Lets look at causes and treatments.
Read More vamtam-theme-circle-post
 Category Agricultural Blog
Crops on agricultural fields are exposed to a variety of compounds and mixtures throughout their growth cycles. One such compound is Copper Oxide (CuO). Lets take a look at its effects.
Read More 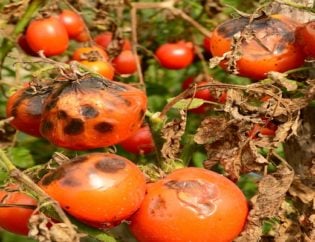 vamtam-theme-circle-post
 Category Agricultural Blog
Blight in tomatoes and potatoes, commonly known as late blight is a curse for farmers of these crops. It can be devastating to plantations and farmlands.
Read More vamtam-theme-circle-post
 Category Agricultural Blog
This detailed discussion will provide effective information for you to treat leaf curl disease, which is a serious problem which must be treated properly.
Read More vamtam-theme-circle-post
 Category Agricultural Blog
Anthracnose is one of the most serious diseases which can cause serious damage to plants. The use of Copper Oxychloride Demildex will not only prevent this problem from occuring but will keep your trees safer for long periods.
Read More vamtam-theme-circle-post
 Category Agricultural Blog
Apple and pear scab are serious diseases which can cause infections and can destroy the young and emerging leaves badly. Demildex can help, lets see how.
Read More

Types of Casting Defects in Sand CastingSoda-Lime Glass: Production Process and Colouring